Skip to main content
To provide you with the best experience, Hotel Il Palazzo uses its own and third-party cookies on its website for technical, analytical and marketing purposes. By continuing to browse our site, you're agreeing to our use of cookies. Please consult our Cookie Notice for more information.

From Designer's hotel to "Hotel of designing TIME"

Maestro Aldo Rossi, one of the architects in 20th century, designed the first building in Japan is "Hotel Il Palazzo".
It attracted worldwide attention as Japan's first design hotel 22 years ago.
"Il Palazzo" means "Palace". On the left and right side of the palace, it has a small separate building, which imagines a town.
A powerful facade using Iranian red travertine which is representing "palace" will welcomes you.
Il Palazzo was awarded the first AIA honor award in history from the American Architects Association (AIA) in 1991 as a non-domestic building.
In the same year, we also received the Fukuoka City Landscape Award.
In order to provide guests with more satisfaction than ever,
In July 2009, Hotel Il Palazzo reborn as "Hotel of designing TIME" as a concept.
While being in the city center, we are pursuing a true small luxury by incorporating the delicate hospitality of a luxury inn that emphasizes privacy. 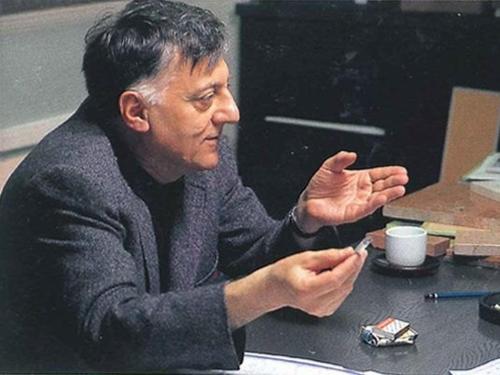 Maestro Aldo Rossi was born in Milan, Italy in 1931. He has taught at Harvard University, Yale University, etc. and was a professor at the University of Venice.
He was known for his representative works such as the Galaratese Apartment Houses (Milan) and the World Theater (Venice). The work exhibition is held all over the world.
In 1989 he became honorary chairman of the AIA American Architects Association and received the Pritzker Prize called the Nobel Prize of the architectural world in 1990. He passed away in 1997. 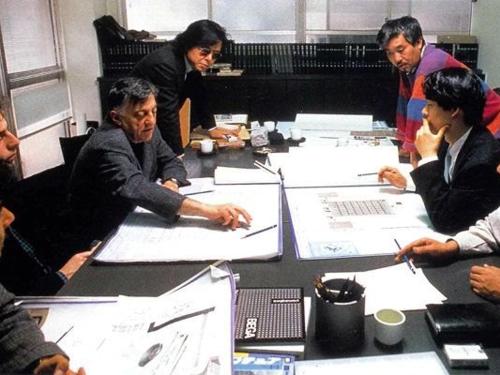 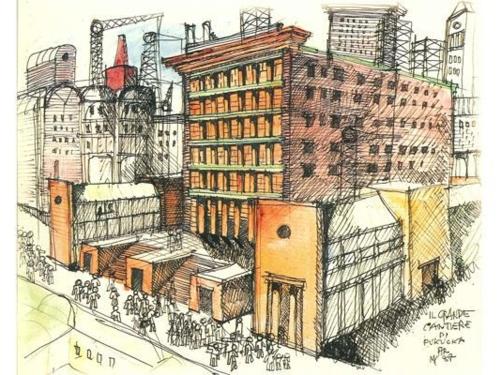 An award given to an excellent architect from the American Architects Association (AIA). It has a history of about 100 years.
The winner will decide by final vote by the Board, but if no one gets more than three quarters of votes there will be no corresponding person.
Approximately 40 times a year the prize winners did not appear in the past. Tadao Ando won the prize as Japanese in past.

Established in 1979 by American businessman, Jay Pritzkar.
As a matter of principle, it honors one architect in a year.
Bronze medal (a statue made by Henry Moore before 1986) is awarded and 100,000 dollars.
History is shallow compared to RIBA Gold Medal (Royal British Architects Association) and AIA Gold Medal (American Architects Association)
It is approved as authority as comparable to the Nobel Prize of the architectural world. 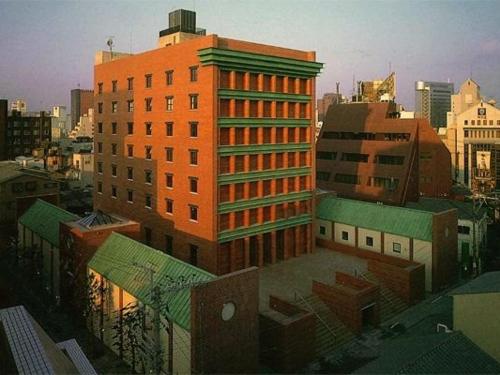 "Urban Landscape Ordinance" was established in 1987 with the aim of contributing to the beautiful city development and the improvement of citizen culture with style,
"Fukuoka City Landscape Award" was also created at the same time. The purpose of this award is to create buildings and streets that are creating the charm of Fukuoka's town,
To praise the efforts of the people involved in planning and activities, to spread to the public widely.
Based on the recommendation / application from the citizen of Fukuoka, we have awarded works and activities after review by the Fukuoka City City Landscape Award Jury Committee.